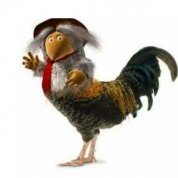 By HomerJay,
April 3 in Terrace Talk

They are limiting numbers at funerals but the money men of football think they should be a special case ?    Fucking idiots.

I'd give anything for a reprieve. Even starting on -12, with a bit of time to assemble a squad, a bit of a pre season to bed them in, not forfeiting the first 6 games again & the chance of a few c

Fine with it meself, don't get the hatred to be honest, now if it was the munich cunts I'd be laying land mines