And to think when we were in the lower reaches of the champ and in L1 some on here had us believe the Calibre of players we had were unable to play short sharp passing like this.    yet you’ve 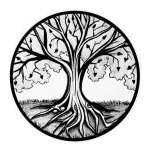 I'd love to be involved in his training sessions..👍

I don't get the intense dislike of Parky. I can understand people not liking his football but he's a world away from Coyle, Freedman and Hill. The team he built just before Madine left was genuin