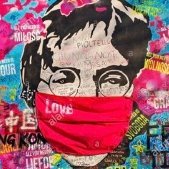 He's still and always will be a shithouse.

????    Second time I've met him this week, and he was certainly polite and well mannered on both occasions.   Life is too short to bear grudges. Whoever starts the next season will get my full su

Don't think it's lennon's fault he's not been near the team since lennon left   Is he injured at the moment or something?