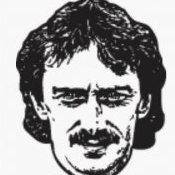 Ultimately it’s no ones job on here to find a suitable replacement. So all this “who would you get then?” When someone suggests potting PP is irrelevant and a bag of bollocks  It’s the task of on

The end of the drought is nigh. 2-0. Ameobi and Ireland