This is probably the first time since BSA left that I've not had that unrealistic desire in the back of my mind, wishing that we still had Allardyce managing us. Disclaimer: I'm not saying Evatt 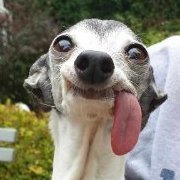 What do visiting managers say to their players just before sending their players out? "These blokes think they are Barcelona with their swanky stadium and tippy tappy building form the back... ta

I love that Evatt is knocking about in full Bolton clobber, complete with mask. 😂 Though it was the day after promotion, so every chance he hasn’t got changed. Still funny.