Vela was a whopper from day one, he just benefitted from the white tinted specs that so many of our recent 'heroes' have managed - the likes of Wheater, Madine etc. Utter shithouses devoid of any

I’m still very much in Evatts camp. He hasn’t got it right, he knows it and we know it. 20 new players and 10 games in isn’t time to Chuck the towel in. Half this team, TP will have lined up for 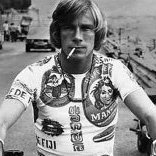 Suggesting Saravic isn’t fit was a comment after he tried to win a free kick on the edge of their box .They are local radio tossers & shouldn’t be given one ounce of credibility. Thought the