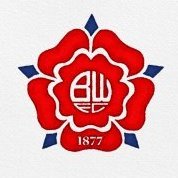 How could you possibly say he will be a better option than most or all possible signings in January! Firstly you don't know who Evatt will bring in, how they will fit in and  Politic hasn't even start